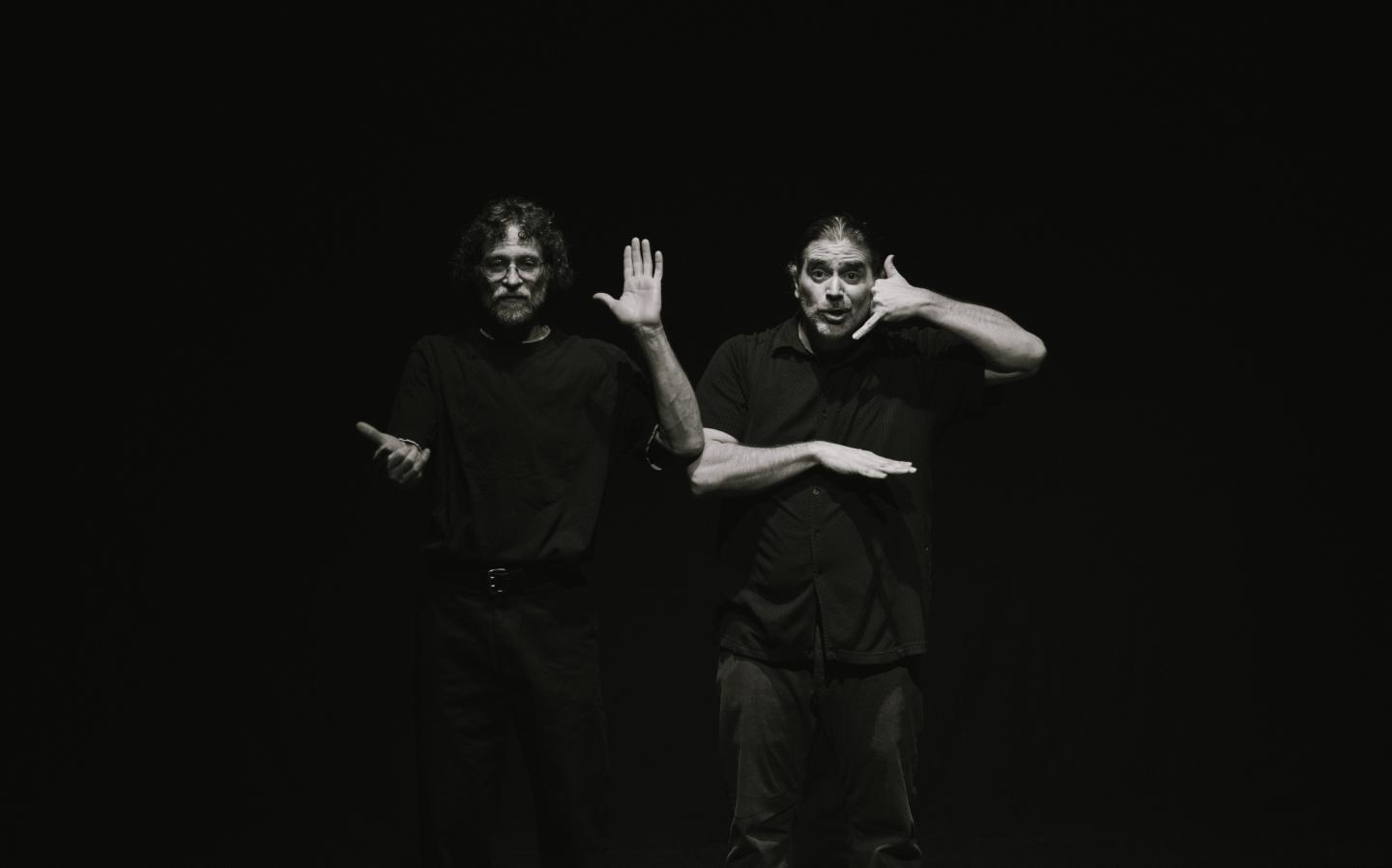 “Flying Words Project has accomplished what poets have been trying to do for several centuries now; to make their poems more visual, more embodied, more alive. To witness the work of FWP is to witness a milestone in literary history.”

FLYING WORDS PROJECT is an American Sign Language (ASL) poetry troupe comprised of Deaf Poet Peter Cook and hearing coauthor Kenny Lerner. The goal of Flying Words is probably the same as all other poets: to play with language. As luck would have it, ASL is a language of moving pictures. So Kenny and Peter juxtapose imagery you can see in creating their work.

The pieces are first written in ASL. When a poem is completed, Peter and Kenny try to figure out how the hell to voice it! In other words, how to express just enough words and sounds so that hearing members in the audience can see the images for themselves. Together, they create a moving tapestry uniquely accessible to both hearing and deaf audiences.

This collaboration commenced in 1984 when Cook and Lerner began performing poetry together. They soon established a deaf poetry series in Rochester, NY, which culminated in the First National ASL Literature Conference in 1992. In performance, Flying Words was asked to close out the 36th Poetry International Festival in Rotterdam, the Netherlands. They have been featured at the Poetry Days Festival (Dzejas Dienas) in Latvia, the Walker Art Center in Minneapolis, Harvard University, The People’s Poetry Gathering in NYC, Theatre de Lucernaire in Paris, and many places in between. Cook and Lerner have been the recipients of grants from the New York State Council of the Arts, the National Endowment for the Arts, and the Puffin Foundation, and they are the authors of four DVD anthologies: The Year of the Walking Dogs (1984-90), the Can't Touch Tours (1990-2003), “Live at the Bowery Club” (2007), and Flying Words Project: Live in Colorado (2014).

In addition to his poetry, Peter Cook is an internationally reputed Deaf storyteller who teaches at the American Sign Language Department at Columbia College Chicago. He loves to tell stories to his son. Kenny Lerner has worked with other deaf artists and is the co-author of “Missing Children” with Debbie Rennie. He teaches History at the National Technical Institute for the Deaf in Rochester, NY and lives in the country with his wife, two children, and two dumb dogs. 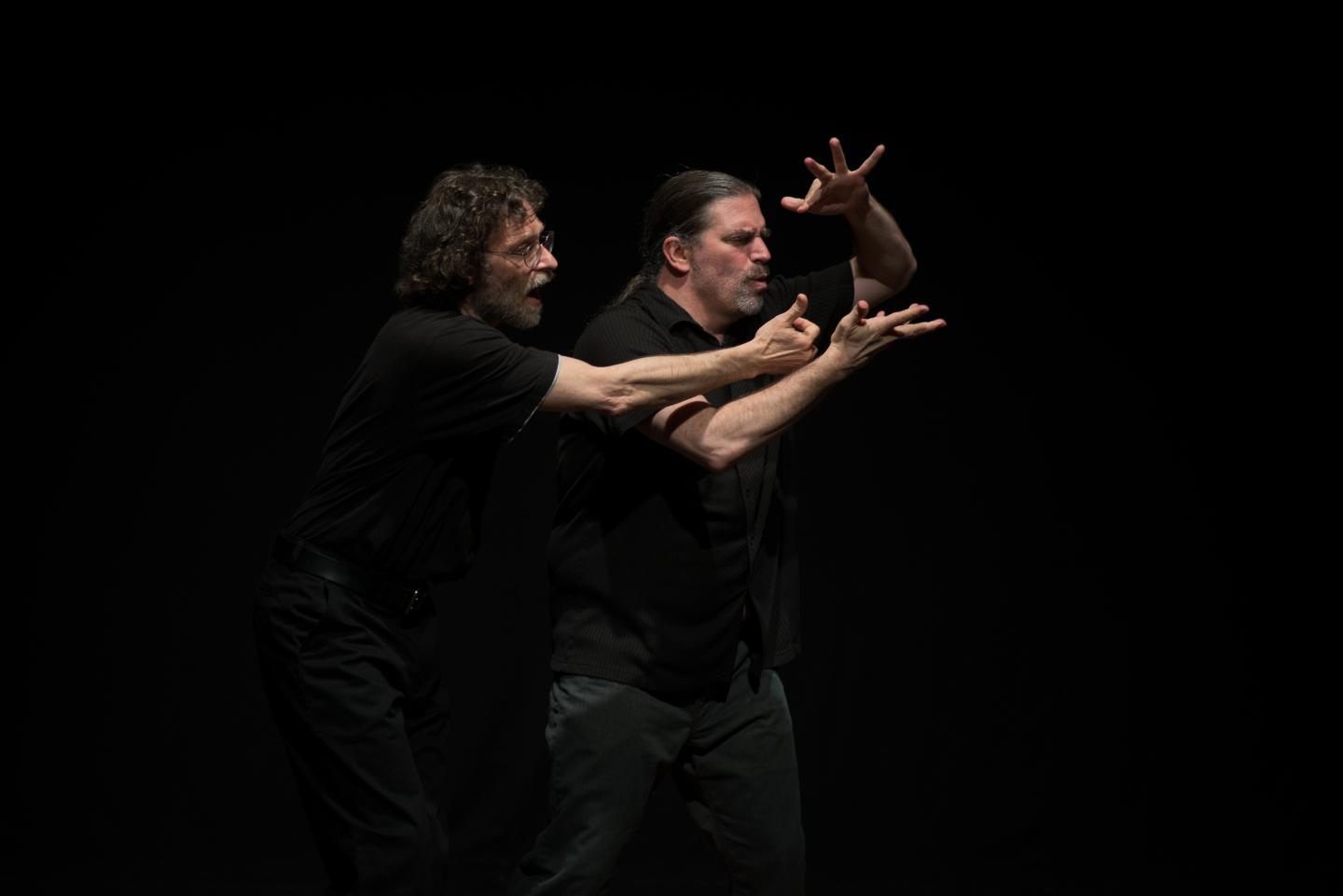 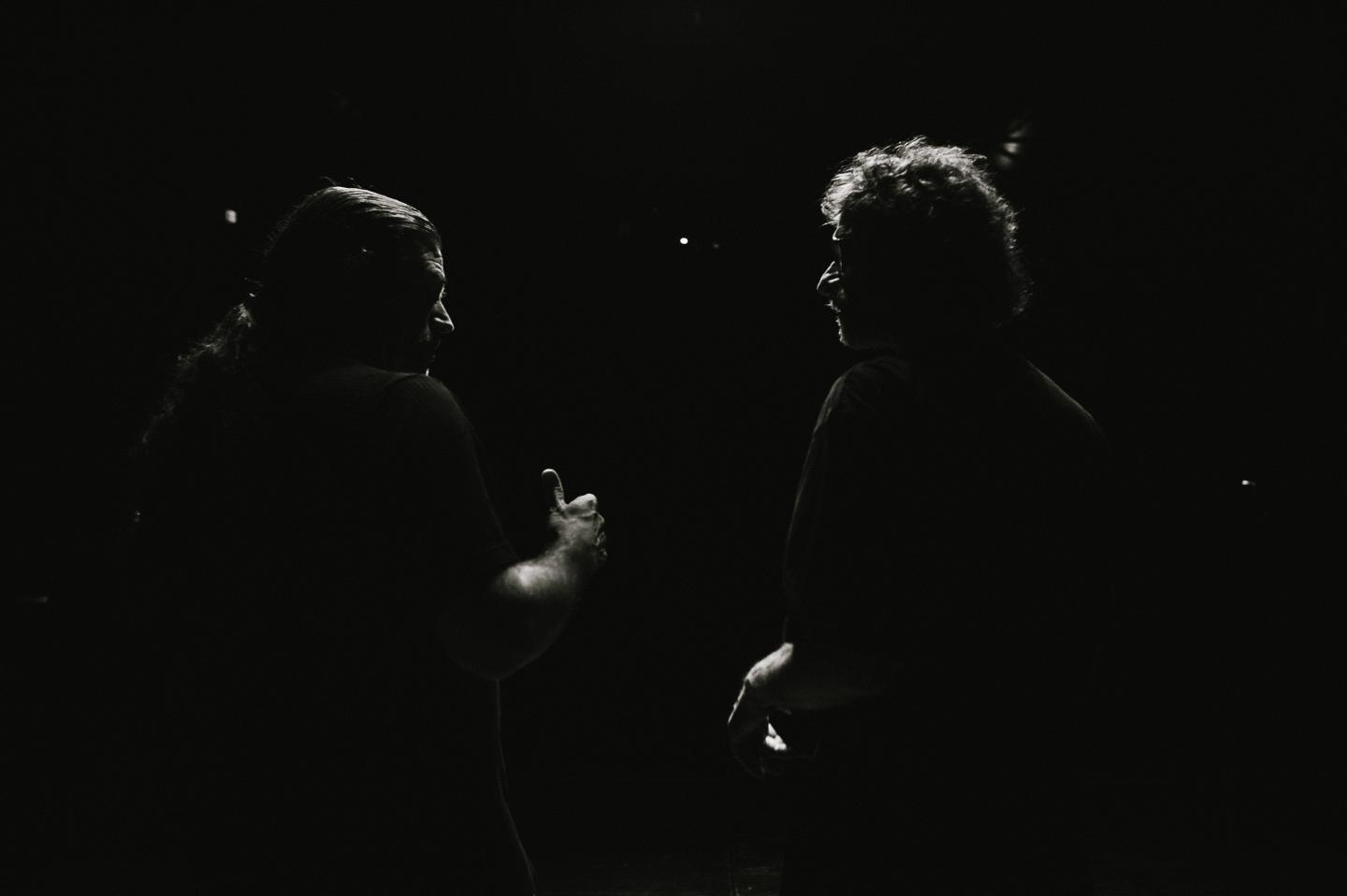